Affordable and Effective Proposal Writing Services. Especially proficient writing Proposals in response to Federal and State Government RFPs that give you a competitive advantage. 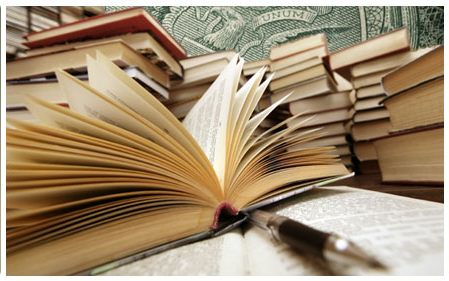 Twelve years ago, following a twenty-year career in business development, Steve started his own marketing agency, and for the past ten (10) years has leveraged his proposal writing skills full time as The RFP Firm. Focused on small and medium sized businesses across the U.S., he develops high-quality professional federal, state, and local government proposals in industries that include IT, maintenance, staffing, healthcare, marketing, legal services, education, debt collections, consulting, and more.

After receiving a BSBA in Finance and an MBA in international business, Steve worked as a market development professional for start-ups to billion dollar corporations in high-tech and non-profit sectors developing strategic relationships, writing proposals, expanding sales, and entering new markets.

Beginning in the late 1980's, Steve lived in New York City and worked as a top sales professional for the largest software company in the world at that time, Computer Associates International, Inc. (CA Technologies, now Broadcom) helping to expand the client base for a new line of financial software to Fortune 500 companies in and around New York and Washington D.C.. Several years later he moved to a start-up software division of international consulting firm, Davenport Campbell, as a business development executive with a focus on opening new markets. In the early 90's, after settling in Denver, he spent six years as a senior business development manager in corporate marketing for IHS Group (IHS Markit), a billion dollar international corporation and government contractor whose business has a large focus on the Department of Defense (DoD) and defense contractors in both the U.S. and NATO countries. Responsible for expanding markets in Europe, Asia, and Latin America, his focus included initiating and writing proposals to support strategic relationships, joint ventures, acquisitions, and marketing programs.

As Vice President of Development for a national trade association, Steve helped increase sponsorships and doubled membership utilizing market research, industry relationships, and the creation of more than a dozen new programs meeting the needs of key market segments. Later, as head of sales and marketing for a new merged association of 45K members, he managed the publishing and editing of an association trade magazine, as well as advertising sales, media relations, and sponsorship development. Steve also developed a short film for the PBS TV show "Spotlight On." As a writer, he also has credits as a script consultant for a 2007 documentary film about former President John F. Kennedy's assassination: "American Assassin: Lee Harvey Oswald Behind the Iron Curtain"

Prior to starting college, Steve worked full-time editing nuclear engineering manuals onsite in the control room at the Oconee Nuclear Power Plant in South Carolina, the third largest nuclear power station in the US. His attention to detail and ability to understand technical language enabled him to translate technical jargon into clear and concise copy. With his previous experience using one of the earliest word processors in 1979-1980 with a green screen monitor and cassette to save the data, he was able to graduate to the IBM MagCard II at Oconee, which had a one-line digital viewer and saved the data on large rectangular magnetic cards used before floppy disks were the norm.

As a youth growing up in the sixties in and around Los Angeles, Steve leveraged his creative talents playing the saxophone in a youth band called the Serenaders, recording at the CBS studios in Hollywood for national TV shows like the Red Skelton Show and Truth or Consequences, as well as for local California TV stations. During this period, the group played at 20th Century Fox Film Studios, the former DesiLu Studios, the Woodland Hills Country Club, the Los Angeles Press Club, and at the original Playboy Club in Beverly Hills. The band also played at what was then called the Grauman's Chinese Threatre on Hollywood Boulevard with the actors present and signing autographs for the celebration of the movie, "The Sound of Music," after it won the Academy Awards Best Picture of the year.

NOTICE: If you're facing either a deadline, don't have the expertise, or simply need, contact us for a free consultation.

The RFP Firm has the experience to exceed expectations on behalf of medium and small businesses (certified SBE, VOSB, WOSB, SDVOSB, HUBZone, 8(a), etc.), and existing government contractors responding to federal, state and local government, and commercial business RFPs. This is our primary mission and highest priority!